Swimming Pools for Canines Offers Opportunity for Healing and Exercise

In the age of so many technological advances, it’s easy to forget about the basic and most fundamental forms of healing, like moving your body in the water. For dogs, this form of movement offers the same benefits.

In Maryland, a canine aquatic center heated to a comfortable 87 degrees is a great way for dogs old and young to exercise. In fact, even pups that aren’t the wildest fans of swimming are getting strapped up with a life jacket and paired with a swimming coach to maintain or lose weight, and in some instances, work through physical injuries. Similar to humans, swimming can be a wonderful low-impact way for our four-legged pets to build strength and begin to heal ailments and joint-related diseases that make everyday walking or running difficult.

While this is a relatively new field in veterinary care, canine rehabilitation centers are quickly spreading as people realize the restorative nature swimming has on our beloved furry friends, especially our older pets suffering from arthritis or weight gain.

In New York City, Water4Dogs is an aquatic center located in downtown Manhattan. They use rehabilitation techniques like an underwater treadmill to offer controlled water therapy for New York City’s canines, and the center even offers private appointments for people with healthy pets who would enjoy a swim. Another center we love: The Animal Medical Center (AMC) of New York City, which was founded over 100 years ago and offers compassionate care and rehabilitation through innovative clinical research and education. In New Jersey, Aqua Dog Rehabilitation was started by pet owners who wanted a dog-friendly pool to be available for dogs of all walks of life – young, old, healthy and injured.

Swimming is one of life’s greatest joy’s, and with its wonderful healing power, we’re thrilled it’s beginning to be more widely available for our furry friends to experience, without a trip to the beach! 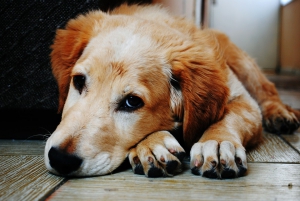