In 1998 Jane Stiner and Alan Stiner, launched Pampered Pets Inc. after being inspired by a young orange cat found living in the woods in upstate New York. Jane and Alan adopted the cat and named her Charlie.

Like many other pet owners, Jane and Alan were reluctant to place Charlie in a boarding facility when they travelled. They preferred that she remain in her own home where she was the most comfortable.  Jane and Alan wanted Charlie to be cared for by a pet sitter that they knew and trusted. Finding adequate and reliable care proved to be difficult. Jane and Alan realized that there were many dog and cat owners like them needing care for their pets.

Jane and Alan,  took the leap, leaving behind jobs as management executives at large corporations and founded Pampered Pets Inc.

To staff the company with only the most qualified, reliable, and loving caretakers.

To give the same concern and devotion to their client’s pets that were given to their own pets.

To run the company as a professional business and hire employees (not independent contractors) and carry appropriate insurance for the employees as well as their company, including bonding and liability insurance. 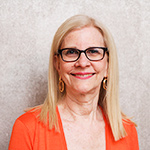 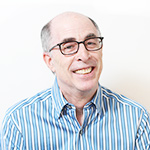