What We Know About Cat Domestication 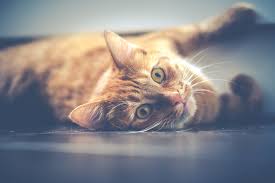 We know so much about how dogs were domesticated — there’s enough information and research out there to know exactly how and when it happened. Cats, on the other hand, are a whole other story; our understanding of how they came to cohabitate with humans has always been fuzzy. A recent finding has given scientists a better glimpse of our furry friends’ mysterious past…

A recent study conducted on ancient cat bones found in agricultural villages in China suggests that the relationship between humans and felines began to evolve around 5,300 years ago during an agricultural boom. The findings suggest that cats began their domestication through a mutualistic relationship in which the wild cats ate rodents, thus helping to keep the pesty creatures away from farmers’ crops.

​            The team of scientists were also able to deduct from the decay that these cats, while living closely and among humans, are not believed to have lived in people’s homes until much later. Contrary to popular beliefs, neither cats nor dogs came into domestication intentionally. Rather, both fell into life with humans through similar, unprompted circumstances referred to as a “commensal” process. “Unlike cows or sheep, which evolved from wild animals that humans hunted,” states Rebecca Rosen in this Atlantic article, “Dogs and cats came into a mutually beneficial relationship with humans through food. Nothing about the process was intentional; no human set out to try to domesticate a cat or a dog and make it into a pet, but a chain reaction was set off by a human practice, and one thing led to another, and our pets today are the result.”

Interesting, right? We have the feeling there is still much to learn and discover about the ways in which cats found themselves curled up on couches and under beds. We can’t wait to learn more!